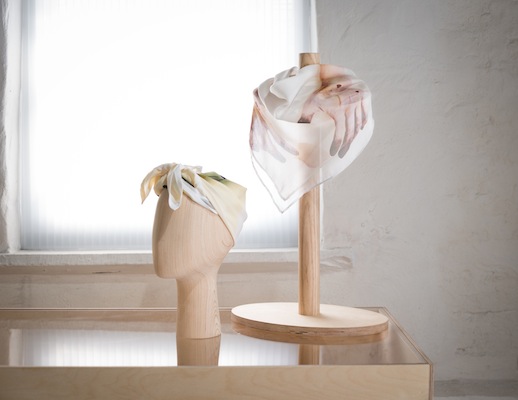 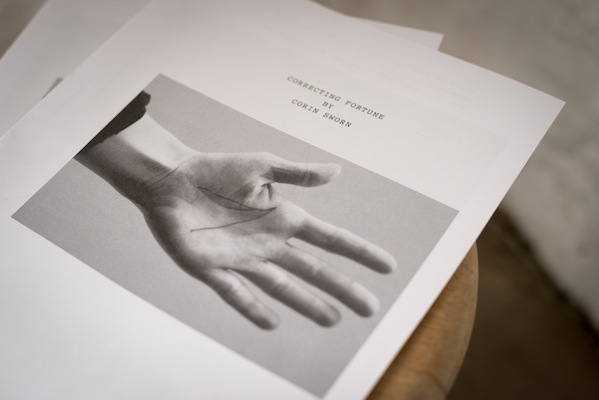 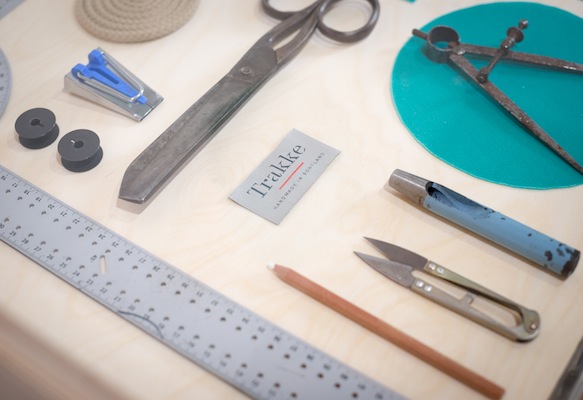 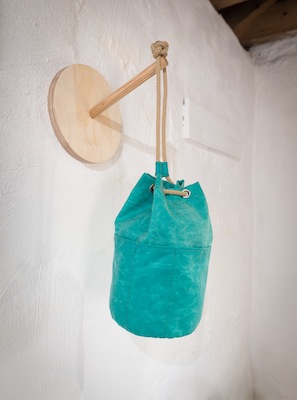 A new commissioning strand of The Bothy Project, Bothy Stores seeks to develop narratives through objects that consider the culture of off-grid dwelling in relation to the needs and resources available in their immediate vicinities.

Roving Machines & Middlemen investigates Glasgow as a post-industrial town in the context of its culture and legacy. It focuses on communities of shipbuilders and merchant traders, and more recent shifts to economies of service and style, as a departure point for two new commissions. Located within a Gardener’s Bothy in Bellahouston Park the exhibition presents two new products that explore their resonance to tangible artefacts and intangible legacies.

Trakke are bag-makers based in an old tobacco wharf in Glasgow. The building they occupy a relic of what was once the heart of Imperial trading routes, an intersection of upper-class goods and working-class activity. The SWG3 wharf is now a more refined factory of industry and leisure, and Trakke bags offer the ideal accompaniment for pleasure or business, for adventure everywhere – a much more egalitarian approach to product and labour.

For Roving Machines and Middlemen Alex Farmer has updated the sailor’s ditty bag as a tool bag with universal application. The ditty was once an important object for any aspiring sailmaker – The bag itself displayed its owner’s skills, precisely sewn onto a round plan with embroidered embellishments. It also held the tools to enlarge these skills onto a macro, sea-worthy scale.

Trakke’s ditty bag is symbolic of labour as a container of the tools that made it, and a showcase of its craftsmanship and provenance. Its history is specific to its form whilst its uses are transferable. It is a carrier of ideas from one time and place to another.

Corin Sworn, an artist based in Glasgow, is often preoccupied with how images may conceal or reveal their stories beneath, using subjective examinations of historic narratives to draw out the forgotten and unsaid. For Bothy Stores, Sworn weaves her reflections of invisible workforces onto the translucent permanence of a women’s scarf.

The object is developed from an idea about a place through the people that inhabited it, animating hidden histories through the actions of the wearer. The chiffon scarf (caressing or repressing the wearer) is a dichotomous emblem of both domestic labour and public leisure, taking the form of a commodified fragment, or captured still, from a zombie movie Sworn is currently developing. Sworn seeks to pause the film to capture an image that can evoke the complexities intrinsic to hidden labour and spectral capitalism.

These first two products for Bothy Stores are usable objects that are embedded within wider narratives that question their role in time and place. These wider narratives evoke shifts in the production process that demonstrate, describe, and question Glasgow’s industrial legacy.
Bothy Stores and Roving Machines & Middlemen is produced in partnership with The Bothy Project and Katy West. 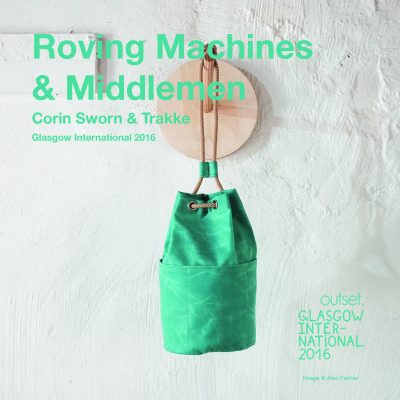 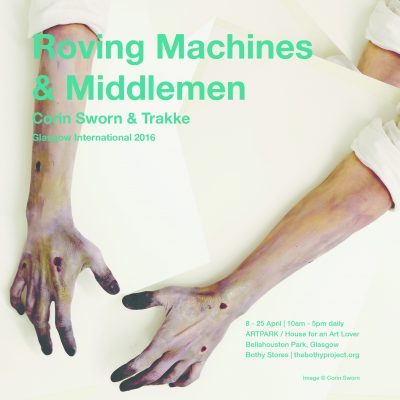