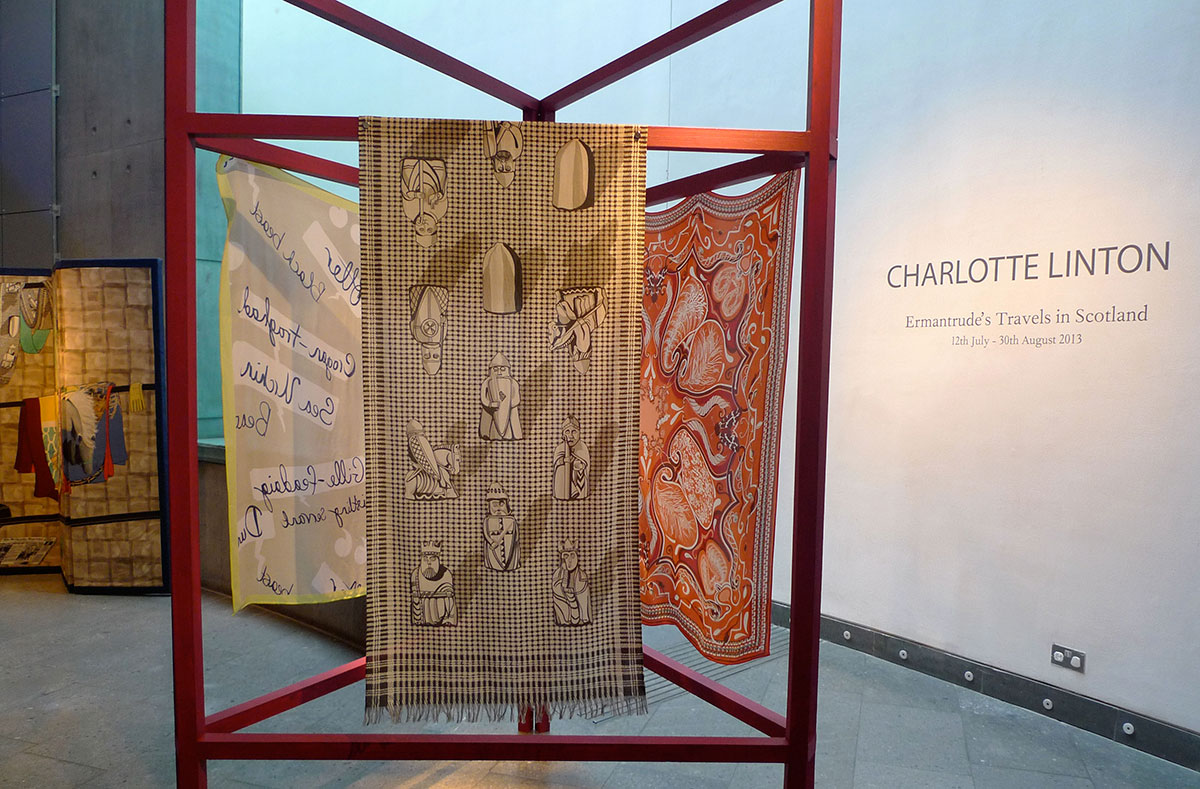 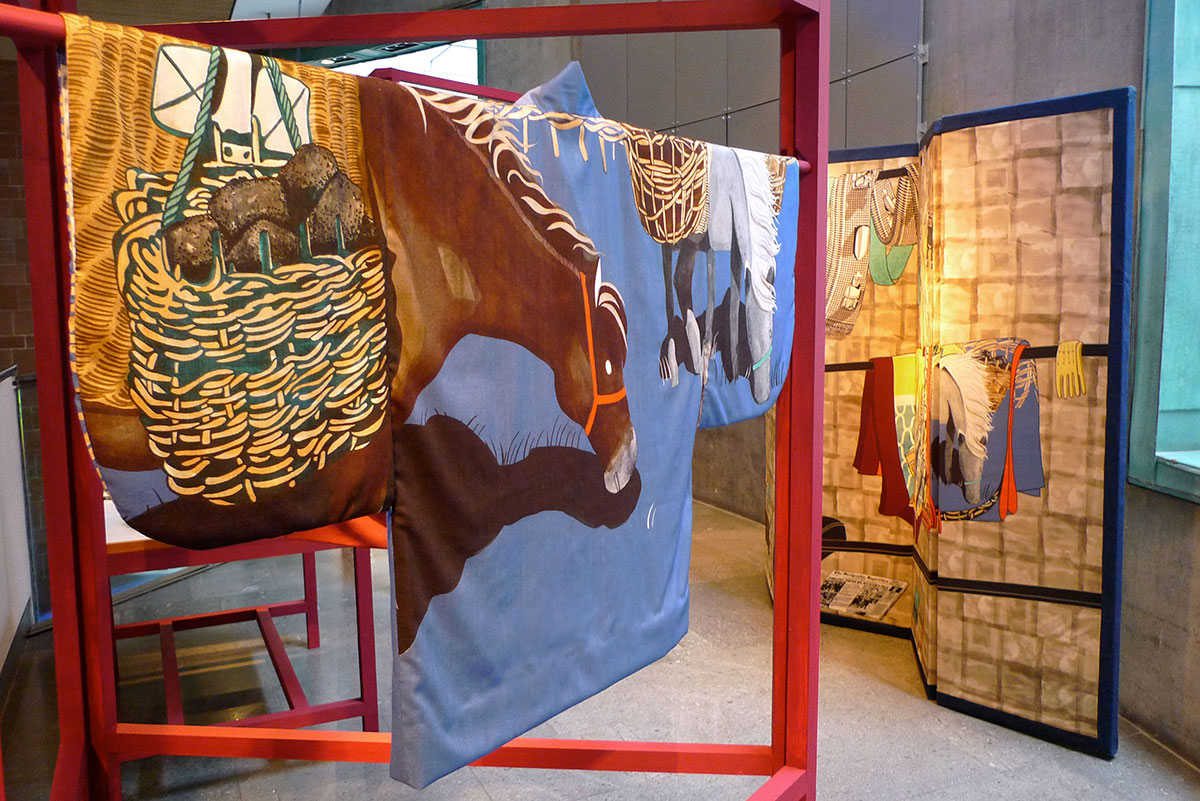 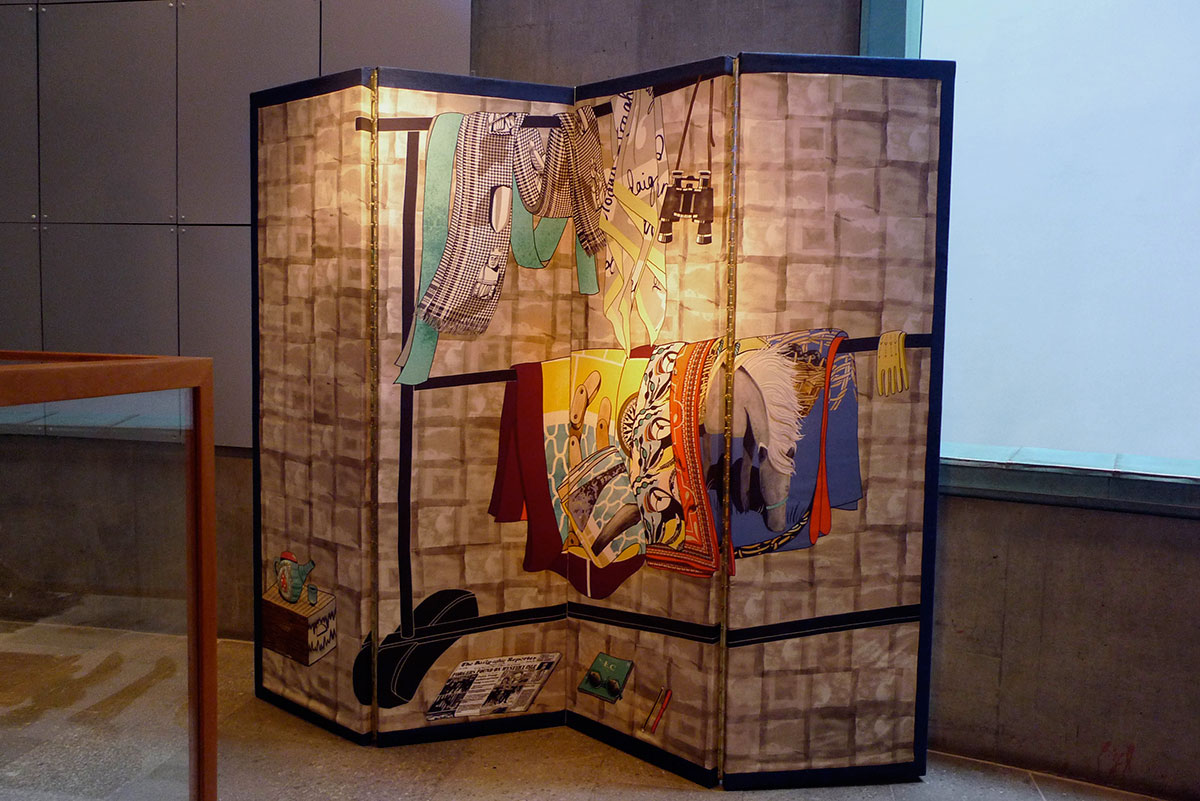 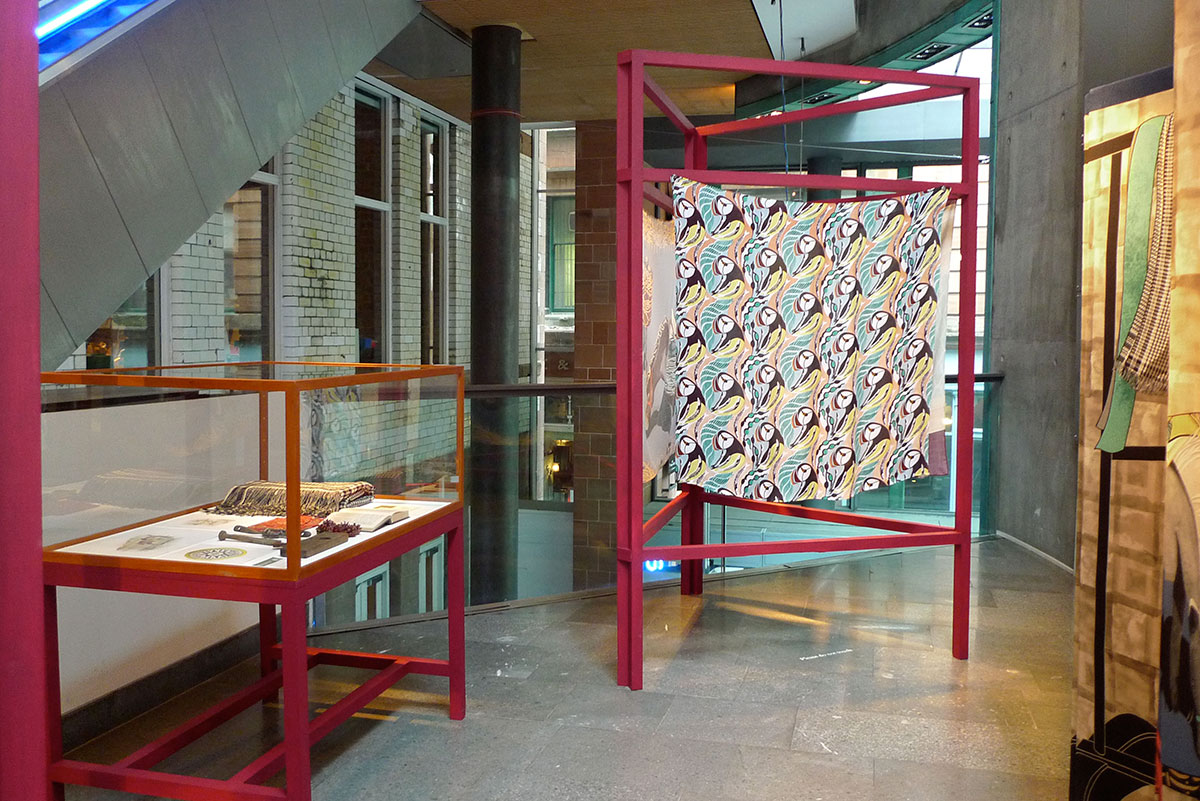 Created by textile designer Charlotte Linton, Ermantrude is a fictional zoologist travelling across continents, through decades of time. In 2012 Ermantrude travelled the West Coast of Scotland and the resulting designs in print, translated into scarves and Haori jackets can be seen in this exhibition. Ermantrude, with her sharp sense of style and even sharper intellect introduces us to Paisley pattern, puffins, Eriskay ponies, boat-building, the Lewis chessmen and the Gaelic language.

The island of Mingulay is a wildlife haven and resembles something from a dream. Teeming with seabirds, marine life and wildflowers; an island without human interference can lead to a very rich ecosystem. The remains of the abandoned Chapel house and school house are the only buildings left standing in the village for the residents evacuated in 1912, after the population shrank due to hard ships and tragedy.

As we cross to Mingulay from the village of Castle Bay on the Isle of Barra, we approach the small natural harbour where seals bask on the sunny white beach and a school of three Basking Sharks swim. These huge, prehistoric looking fish move slowly through the water, filtering out plankton and small crustaceans with their gill rakers. There is much excitement on encountering these mysterious creatures  and despite their appearance they are non-aggressive and harmless to humans. Their conservation status is listed as vulnerable due to their over exploitation for food, shark fins, animal feed and shark liver oil. In Scotland however, they are now protected and thrive in the coastal waters during the summer around the West coast.

Scrambling up the cliffs we pass a busy puffin colony, alive with adults on feeding duty. One stops to greet us with its mouth stuffed full of sandeel; a nutritious meal for its hungry young. Its bright beak – so colourful in the breeding season, has a unique hinging mechanism which allows it to hold several fish in its mouth at any one time.
The Puffin is still a delicacy in places such as Iceland and the Faroe Islands as it once was in Scotland before protection laws came into place. The puffin and its eggs were a rich food source for the people who lived on these remote Islands, and were caught by men abseiling the cliffs using horse hair ropes. They would lay puffin gins in which to snare the hapless birds which were ready to be collected when the men descended on their return. 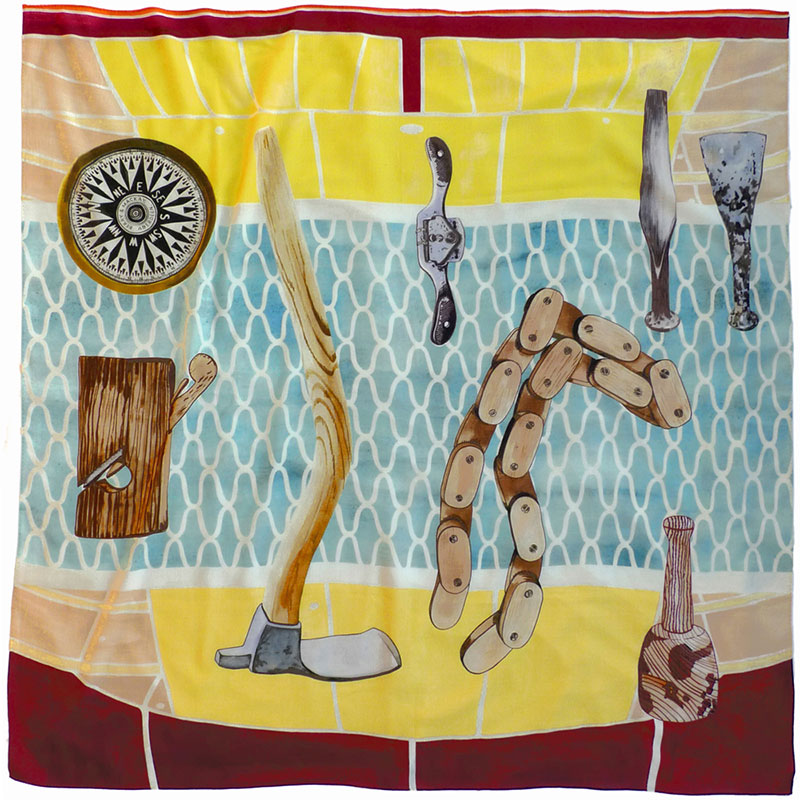 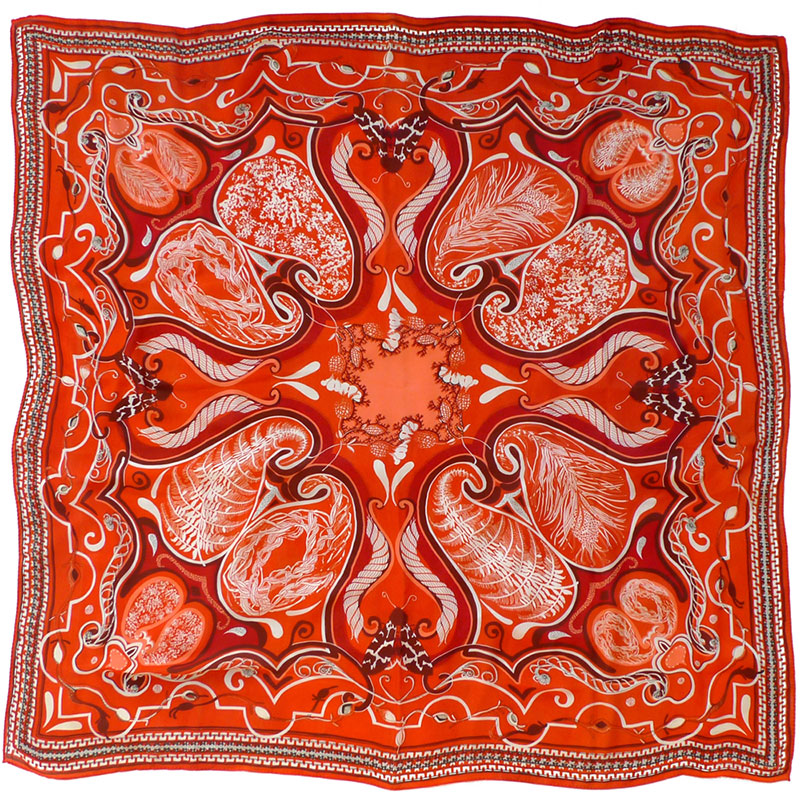 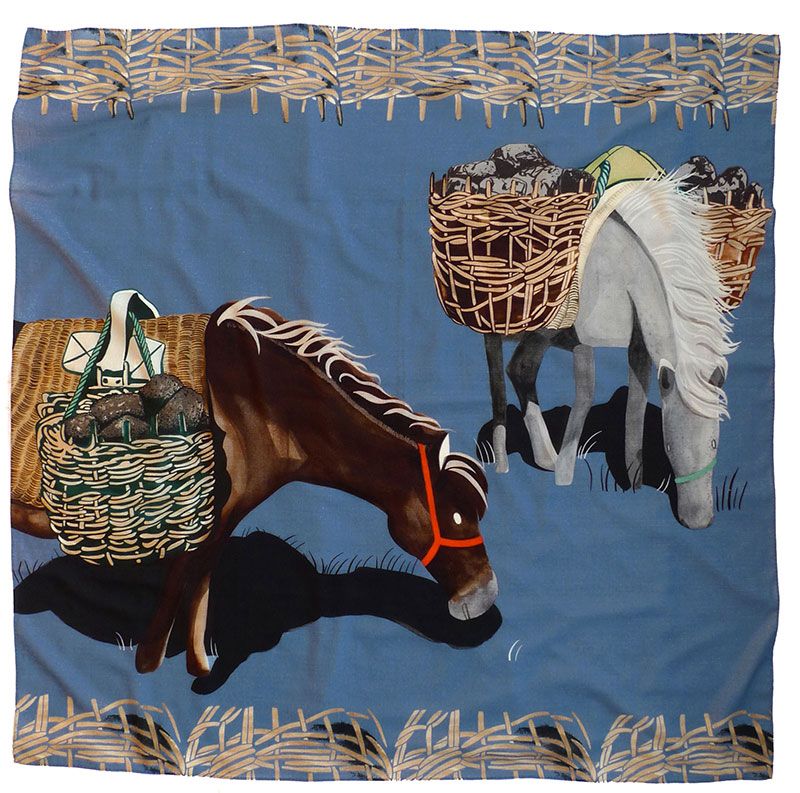 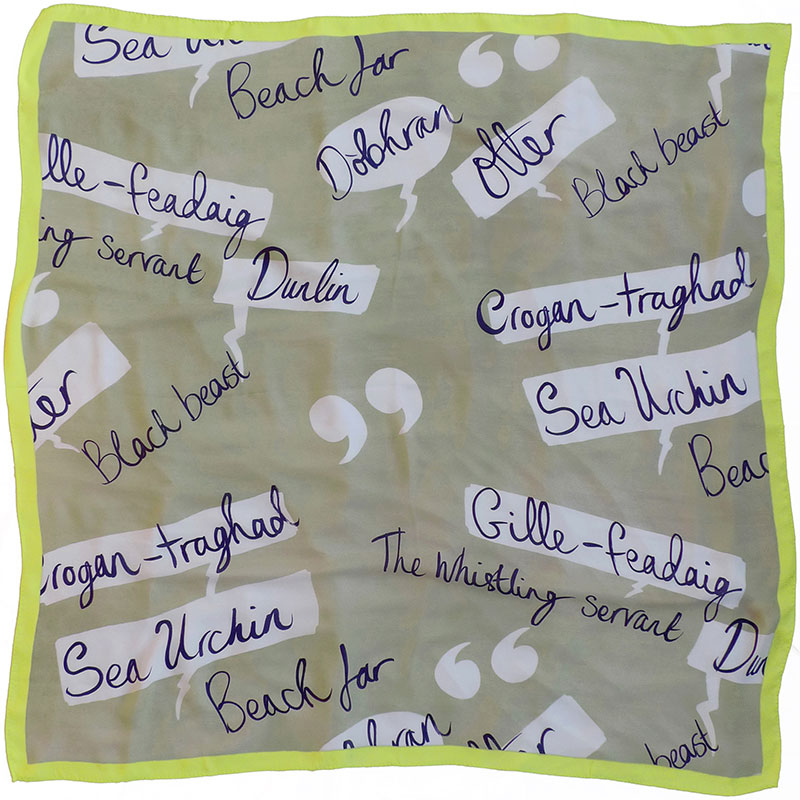 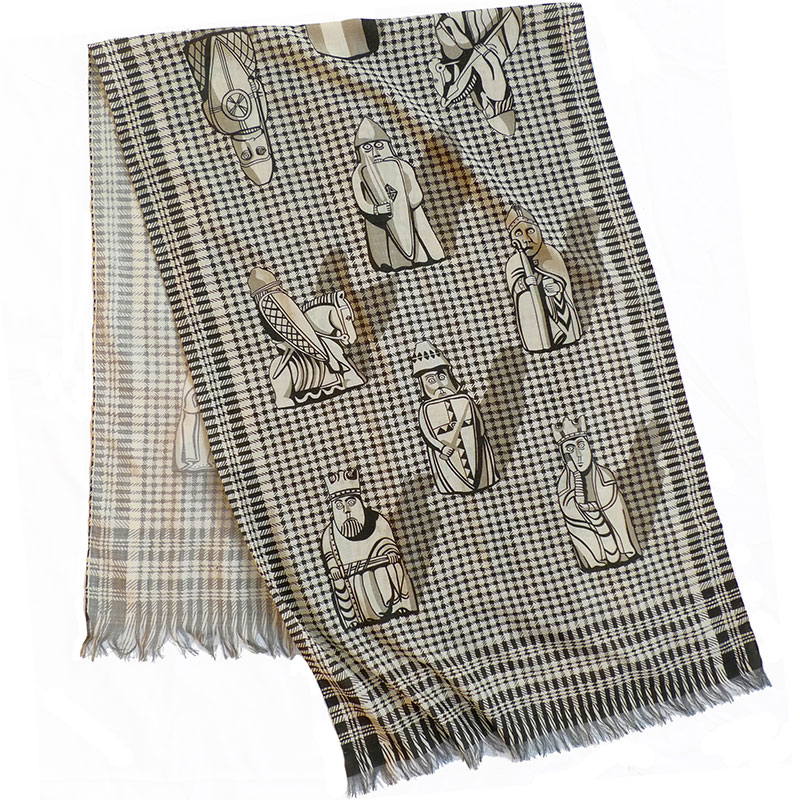 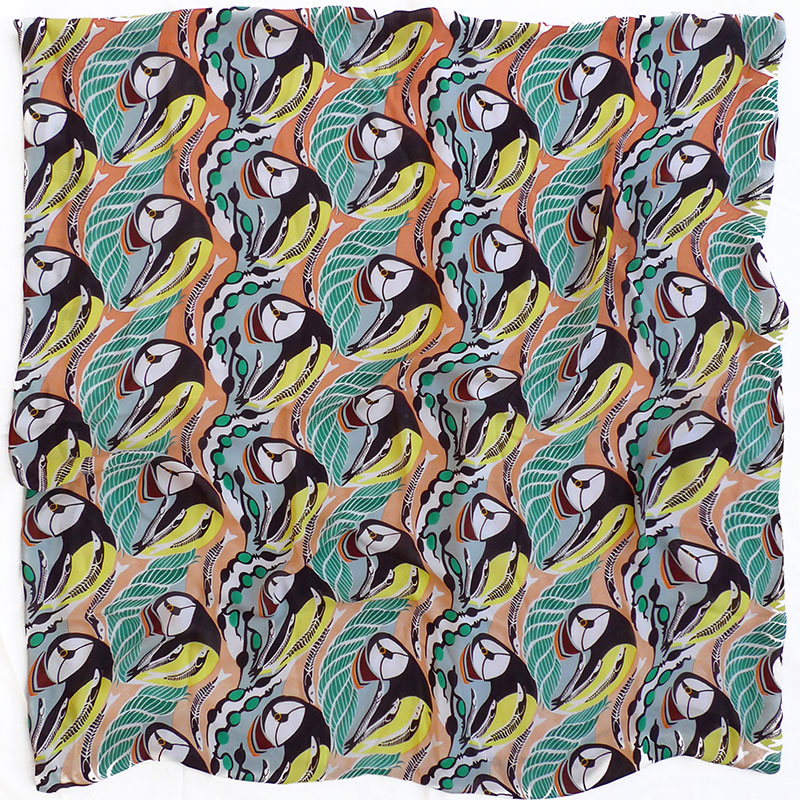