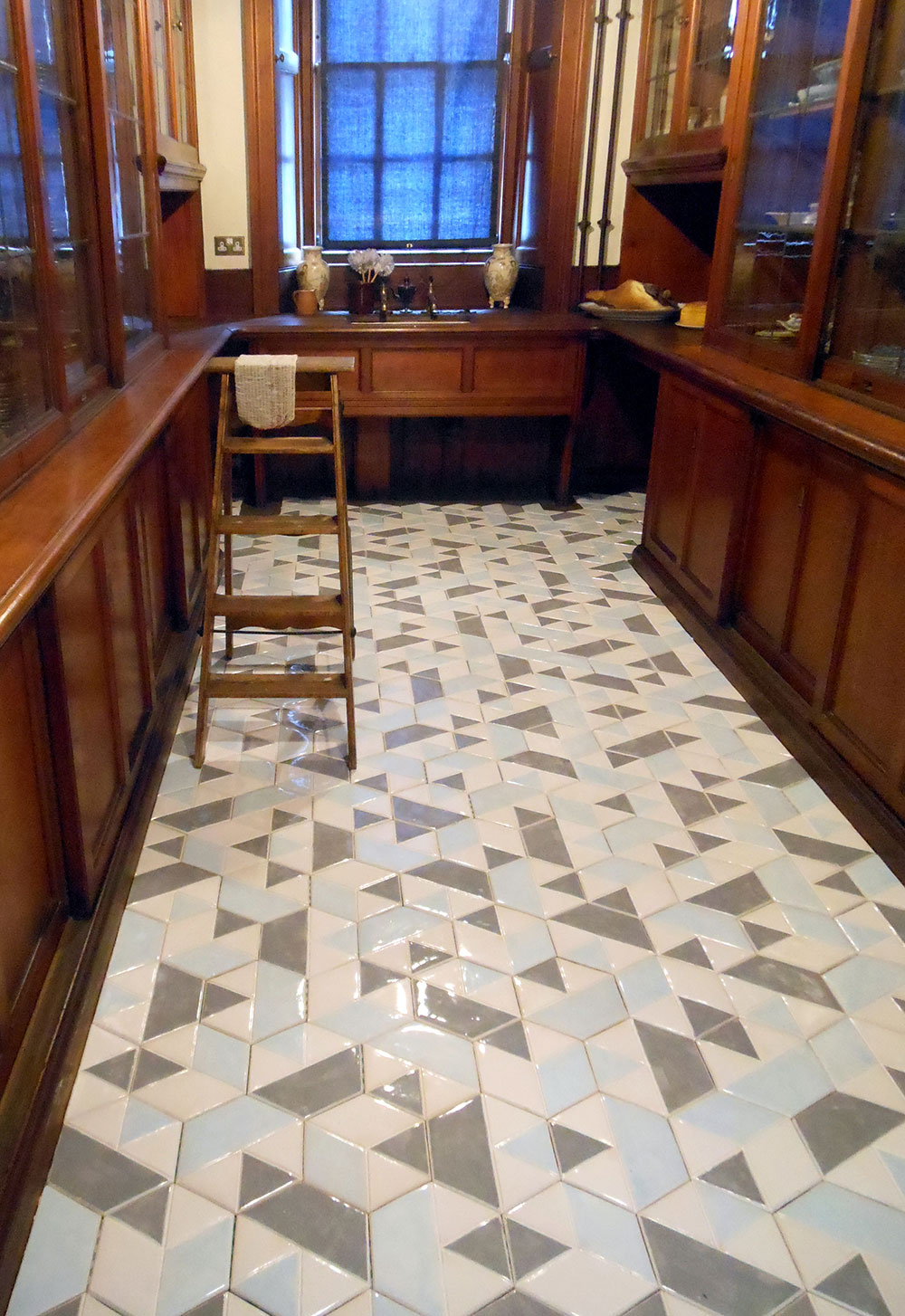 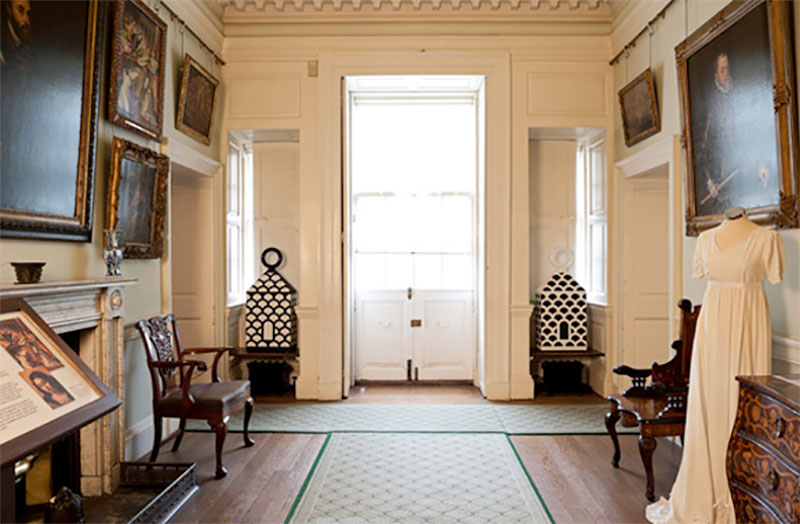 Commissioned by The Lighthouse in collaboration with Pollok House, Room Service is a collection of site specific objects. These works make direct reference to the layout and features of the house in which they are situated. James studied, architecture, ceramics and metal, and makes sculptural installations predominantly in clay. Architectural detailing and domestic interiors are important references to him, and returning completed objects to appropriate settings is paramount to the works completion.

It’s a re-enactment that comes to mind in relation to James Rigler’s ceramic sculptures. In recent work, ceramic elements, bone white and slotted onto wooden dowels, propose the branch as a sort of antler, or the antler as a sort of branch. As meticulously crafted as the Wilsford branches were provisional, Rigler’s “Branches” is a morphological pun that works through abbreviation, a process of paring and pruning. Judicious reductions allow the sculpture to adopt the idea of a branch, to implicate ideas of branches from elsewhere, even – absurdly -from the head of a deer. In related work, units, coloured like sugared almonds, act as twig-features and trunk-connectors. Stacked to produce stems, they are almost like canes of bamboo, bundled together and loosely bound with rope. Branches, then, have been recurrent motifs for Rigler and underline his fundamental interest in modular progression, in pattern and repeat – the technical and poetic scope of architectural thinking, of making big incrementally. Twig-features and trunk-connectors can behave like tiles and bricks.

Several of Rigler’s works revisit details that rationalise foliage and make the regal fronds of palms and acanthus behave like geometric shapes on the cornicing and columns of Classical and Neo-Classical architecture. Architecture is implicated in the etymology of a bunch of words concerning modeling and modularity. As a technical term, “module” refers to the capital of a pillar, and to the internally generated proportional sense used to express the height of a column in terms of its diameter. It derives from the Latin word modulus, which also refers to a “rhythmic” measure, an assessment of running water or a pipe for controlling its flow. A pattern modulated by probability, such as you see in the arrangement of tiles Rigler has made for the China Closet at Pollok House, repeats itself approximately, and in doing so it disrupts visual rhythm, creating a dissonant flow. The truncated polyhedra and interrupted lozenges, never quite conclusive, carry the notion of a regular pattern within themselves: they promise that they have been, or could be, the regular rows of counterchanging colours that you expect.

By way of the word “model”, “mould” shares a derivation from modulus. Moulds allow the transformation of an object from one material into another, and they allow the serial reproduction of the same base unit, the same module. It is relatively easy to cast something once, to execute a material transformation. The “lost wax” type process, which uses an expendable mould, has been known for thousands of years: the work of German silversmith, Wenzel Jamnitzer, is a good example. Active in the early 16th century, Jamnizter subjected the bodies of small animals and insects to a “lost wax” method, firing plaster-encased creatures before pouring molten metal into the space evacuated by burning out the organic matter. Jamnizter’s results are exactly true to life, perfectly singular, motionless silver lizards and beetles cracked out of man-made eggs, as if the voided mould has called into being the most sophisticated homemade dragons. It is more difficult to instigate serial reproduction, even of much simpler forms. In works dating from his time at the Royal College of Art, Rigler employed the notional functionality of moulds built to engender complex multiples in order to focus on the tension between the solidity of cases and the voids they should contain; between the blocky strength of a reinforced shell designed to withstand the rigours of production, and the potential refinement of what it was designed to turn out. Reversing the role of the mould, presenting it as a singular, highly finished object, the suggestion of its use in manufacturing repeat is memorial and monumental.