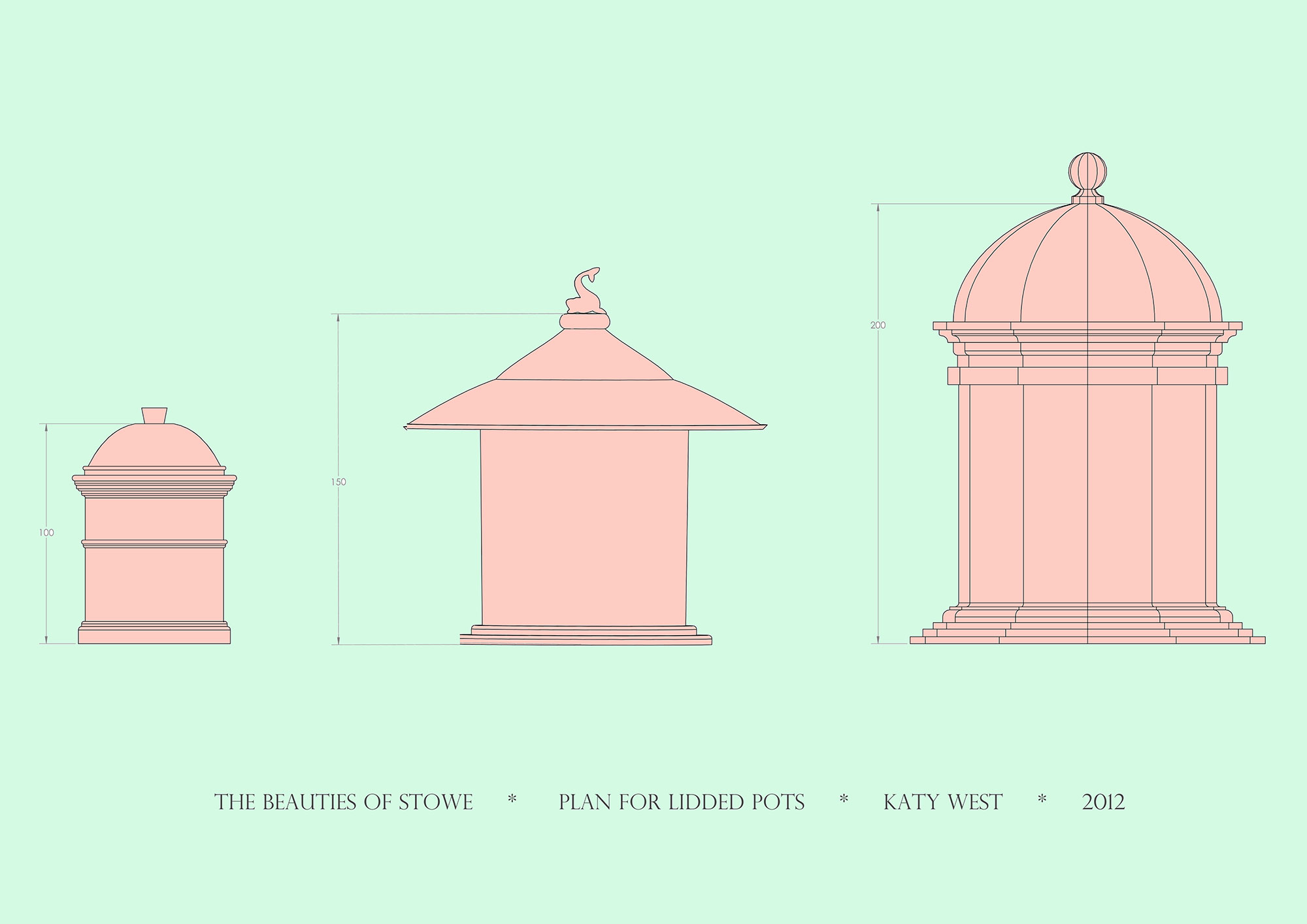 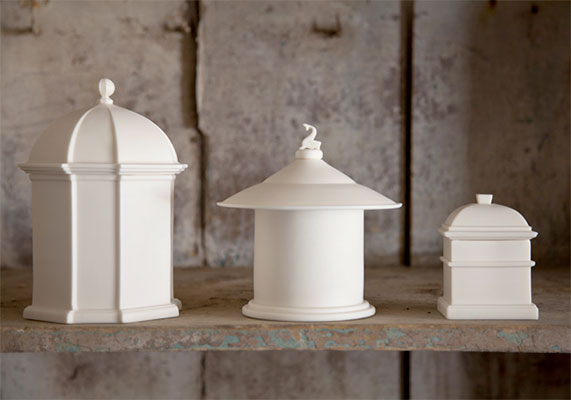 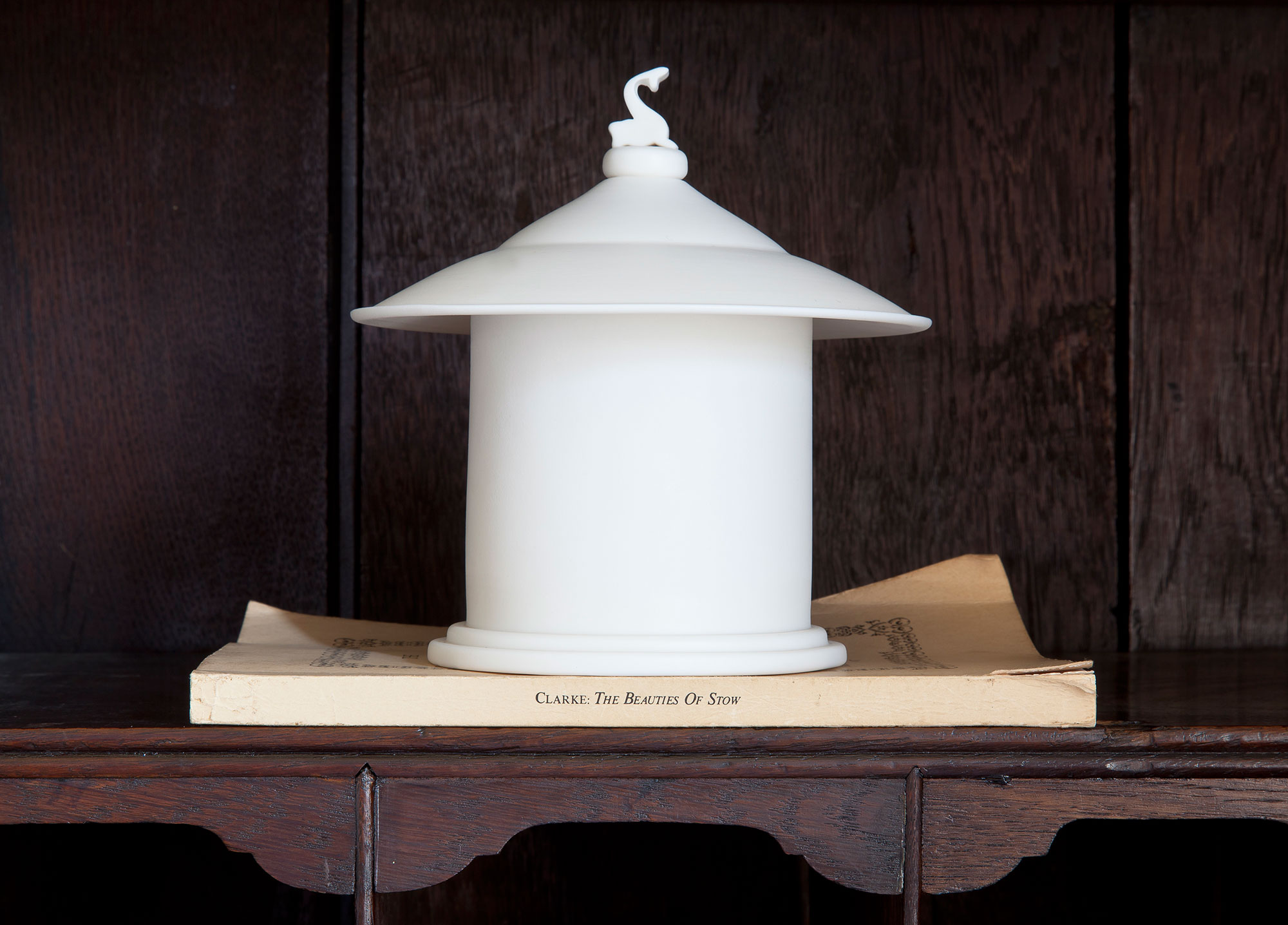 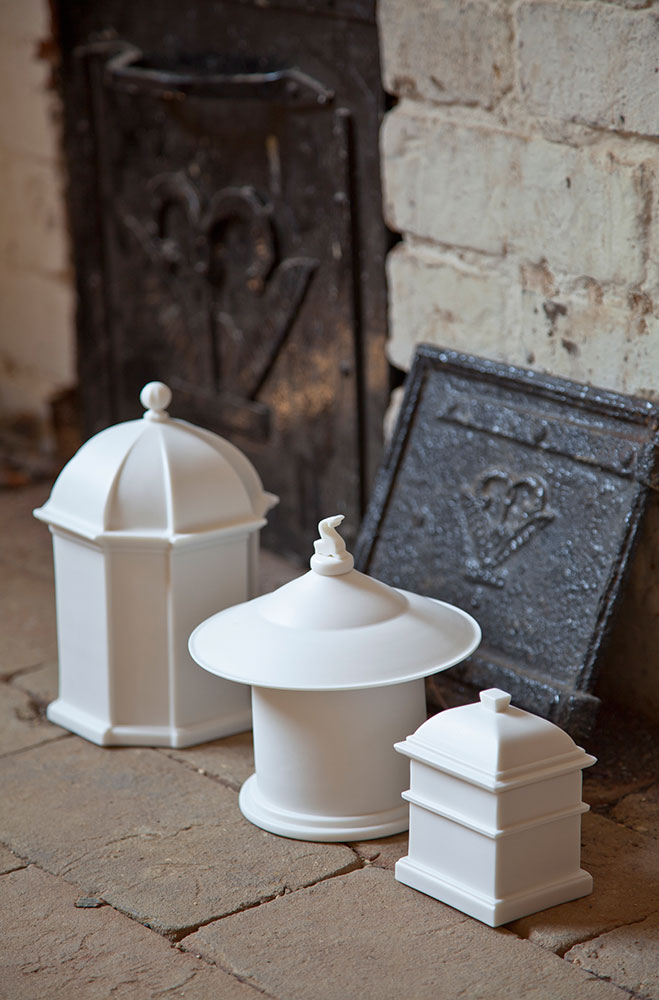 The Beauties of Stowe

A commission for The National Trust at Stowe in collaboration with Design Nation.

Inspired by the follies and temples of Stowe, these Lidded Jars are designed to be used as special functional homeware. Each piece is hand-made in the UK and is one of a Special Edition of 100.

The tradition of commissioning innovative work from leading architects, artists and designers is well established at Stowe. The landscape and garden buildings were designed by a succession of talented people, and are recognised amongst the most remarkable creative legacies of Georgian England. They have inspired the creation of other significant works, of which perhaps the best known is the Green Frog dinner and desert service made for Catherine the Great by Josiah Wedgwood in 1768. The Wedgwood set was for La Grenouillère, the palace Catherine built in the marshes outside St Petersburg. She asked for the set to be decorated with scenes from the finest gardens in Britain: over fifty of the Stowe’s spectacular vistas are featured.

Inspired by the story of the Green Fog Service and Stowe’s history of working with talented creative people, the National Trust specially commissioned a new ceramics collection as part of the major redevelopment of New Inn. Designer Katy West has created a family of three Lidded Jars entitled The Beauties of Stowe in direct response to the richly-layered formal architecture of the property’s follies, temples and bridges. The set mixes and matches different elements of the elevations and ground plans of three of the most popular garden buildings – the Rotunda, the Chinese House and the Fane of Pastoral Poetry – to bring some of the wonder of the gardens indoors. The jars are made of Parian china: its warm colouring reflects the honeyed limestone of many of the garden buildings.

Just as Wedgwood included a bright green Green Frog motif on each piece of the Empress of Russia’s dining service – inspired by a playful reference to the frogs in marshes surrounding her palace, so Katy West has included a greyhound inside her jars. Hold up one of the Beauties of Stowe to the light and you will see the shadow of a dog appears through the translucent china – a celebration of the ‘faithful Signor Fido’, the greyhound Viscount Cobham chose to immortalise at The Temple of British Worthies alongside British Greats such as Shakespeare, Milton, Newton and Locke:

To the Memory
of
Signor Fido
an Italian of good Extraction
who came into England
not to bite us, like most of his Countrymen,
but to gain an honest Livelyhood.
He hunted not after Fame,
yet acquir’d it;
regardless of the Praise of his Friends,
but most sensible of their Love.
Tho’ he liv’d amongst the Great,
he neither learnt nor flatter’d any Vice.
He was no Bigot,
Tho’ he doubted none of the 39 Articles,
And if to follow Nature,
and to respect the Laws of Society
be Philosophy,
he was a perfect Philosopher;
a faithful Friend,
an agreeable Companion,
a loving Husband,
distinguish’d by a numerous Offspring,
all which he liv’d to see take good Courses.
In his old age he retir’d
to the House of a Clergyman in the Country,
where he finished his earthly Race
and died an Honour and an Example to the whole Species.
Reader,
this stone is guiltless of Flattery;
for he to whom it is inscrib’d
was not a Man
but a
Grey-Hound.